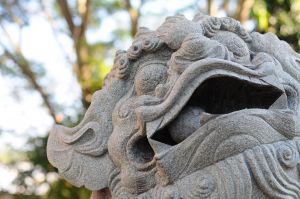 CIA statistics indicate that, as of October 2011, the estimated population of China was 1,347,160,000…that’s a lot of people! And yes, that is the CIA as in the Central Intelligence Agency…who knew! I digress…China’s population has increased over the last 5 years. As of the mid to late 90’s the population had gone from 1.21121 billion to 1.24410 billion. In the late 90’s a meager .4% increase to the urban centers was realized. Recently the urban population averaged a little over 29% of the total population, whereas a little over 70% of the population lives in rural areas. The trend to people moving back to the cities is on the rise, and has been over the past few years.

In 2010 The International Institute for Applied Systems Analysis (IIASA) estimated the population of citizens by age as:

However you look at it, that’s a lot of Coca-Cola!

If you only get one thing out of this statistical exercise is that you grasp that China has a burgeoning consumer base. Additionally, the middle of the 15 to 64 demographic has an increasing amount of disposable income, especially in the area of technology and entertainment.

First I would like to set a good starting point. There are some basic business values in western culture that need to be discussed. As you are most likely well aware traditional western business tends to be transacted on a somewhat impersonal level. Not oftern will you find business partners concerned with deepening a personal relationship with business associates, right? Most business in western culture is done on a contractual basis. Contracts protect both parties’ interests in writing. In western business you would hardly ever see possible business partners or associates exchanging gifts, especially in conjunction with a business deal. Gift-giving in western business culture is interpreted as bribery. But you know what? In Chinese (eastern) business culture it is perfectly acceptable for business partners to exchange gifts in in show of enriching the relationship.

Taking these little tidbits and implementing them when dealing with business associates from China you will have greater understanding and respect from your associates and partners. This strategy can help you develop long-term business relationships with partners from China.